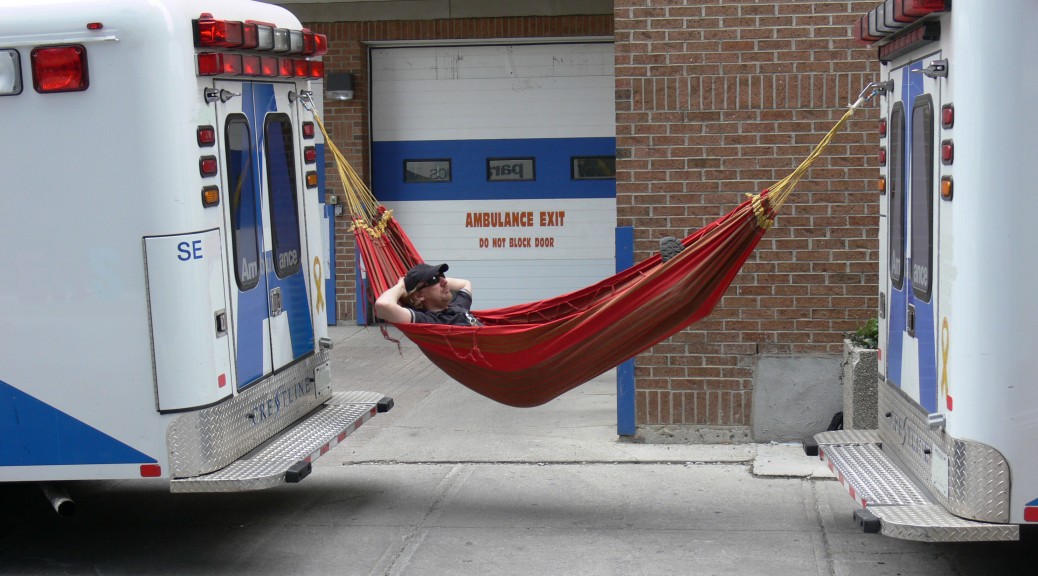 The Emergency Monologues is a one person storytelling show based on twelve years of being a paramedic. Through stand-up, storytelling, and song, Morgan Phillips tells stories that span from hilarious to horrific.

This performance will be recorded for the On Demand channel of Bell Fibe TV 1.
Audience members may be on television.

Proceeds from this performance will go towards buying an ambulance to donate to an EMS service in Nicaragua.

Winner of Best of Toronto Fringe

Tickets $10 in advance available online here.
Tickets $15 at the door.
Purchases made online or by telephone are by credit card only.
At the door payments accepted by cash, debit, VISA and Mastercard.

Morgan Jones Phillips was born in the Baldwin Street Gallery of Photography in Toronto in 1971. He worked in collectively created theatre and many odd jobs for most of his life. For a few special years he was the Theatre Director of KYTES (Kensington Youth Theatre and Employment Skills). His first solo play, The Emergency Monologues, won the NOW Audience Choice Award at the Summerworks Theatre Festival in 2008.

He loves cycling, canoeing and is proud to be a humble Quaker. He lives in Riverdale with his wife and three children and has been a Paramedic since 2004. More information about The Emergency Monologues