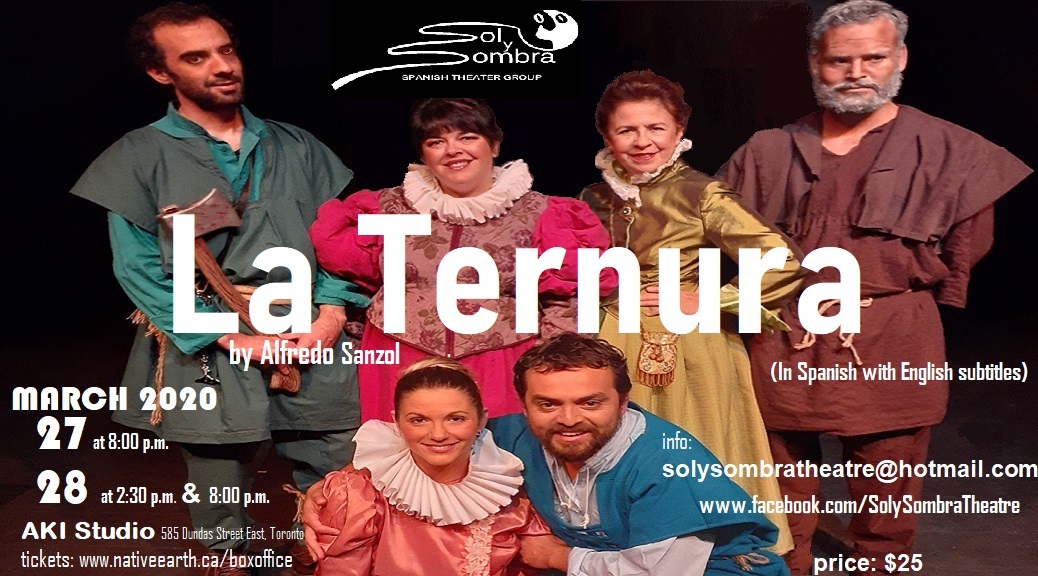 This event has been cancelled
until further notice.

In the times of the Invincible Navy, King Philip II  secretly decides to send Queen Esmeralda and her two daughters, Princess Salmon and Princess Ruby, in one of his galleons.

Before reaching the shores of England and to prevent her daughters from suffering because of men as much as she suffered, Queen Esmeralda, aided by her magic, unleashes a storm that sinks the Navy and allows her to gain freedom of her daughters fleeing with them to a deserted island where they will not have to endure the presence of so hated men.

What she does not know is that twenty years ago three lumberjacks, a father and his two sons, also landed in that island in search of a shelter to live without women, whom they hate.

And so the entanglements, the confusion, the deceptions and, of course, the crushes begin.

The play is in Spanish with English subtitles, the six actors of La Ternura come from Colombia, Mexico, Spain, Canada and Argentina. 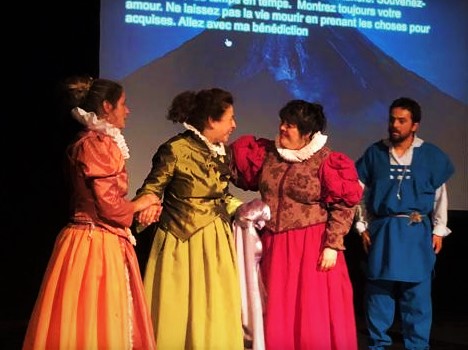 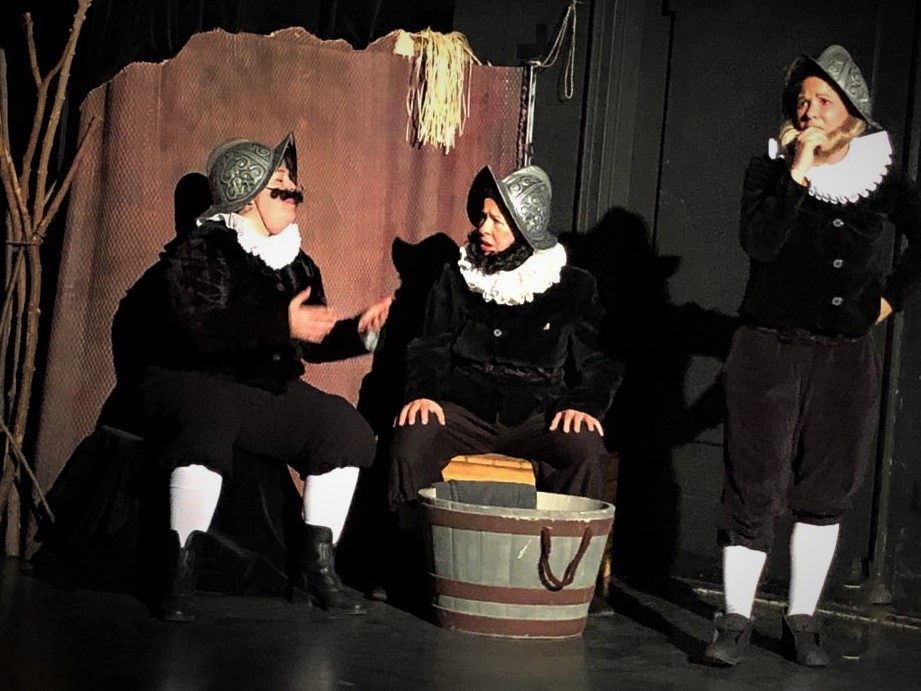 PLEASE NOTE: HST and ticket fees are included.
Purchases made online or by telephone are by credit card only.
At the door payments accepted by cash, debit, VISA and Mastercard.
Box Office Telephone: 416-531-1402
Email: boxoffice[at]nativeearth.ca
More information on ticket pick-up here.

Sol y Sombre is a non-profit theater group. Founded in 1990 and incorporated in the province of Quebec with the name of “ Groupe de Theatre Espagnol SOL Y SOMBRA ”. The main objective of the group is to do theatre in Spanish, presenting works by Spanish or Latin American authors in the  Hispanic community, students and the public in general. Its components, members and collaborators perform all the functions related to their productions: direction, interpretation, costumes, sets, graphics, promotion etc. voluntarily and without any form of compensation, with the sole motivation of their love for Theatre and Hispanic Culture. Learn more here.