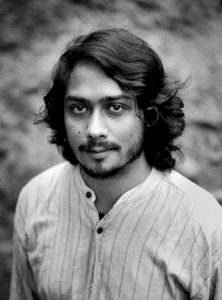 Chanakya is a graduate from the Drama program at the University of Calgary (2015), he is a recent graft onto the Toronto theatre community. His move to Toronto was partly spurred by a desire to seek out opportunities to better his understanding of his craft, and partly find his grounding as an artist of colour. Since his move he feels fortunate to have been a part of multiple projects here that have helped him work towards realising those goals.

He feels grateful to be a part Native Earth, and feels humbled by and a sense of pride in the work produced and hosted by the company.

Chanakya is a recipient of Marilyn Perkins Annual Award in Music, Art & Drama (2014), he’s been awarded the Vital Scholarship to the National Voice Intensive, and more recently won the Hamilton Fringe Monologue Slam, 2018