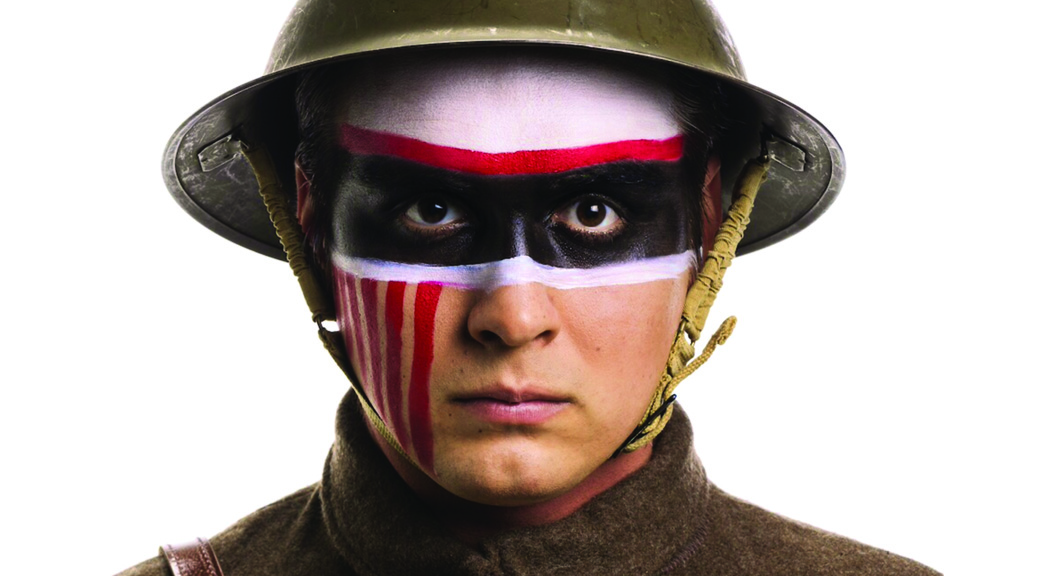 We all bleed red.

􀀁Redpatch is an historical drama which focuses on a young Métis soldier, from the Nuu-chah-nulth Nation of Vancouver Island, who volunteers to fight for Canada in the First World War. Set in both Canada and the battlefields of France, Redpatch follows the experiences of this young soldier as he endures the horrors of war. The story begins in 1908 when the boy enters Ahousaht residential school on Vancouver Island.

We follow him as he crosses the country to Valcartier training base in Quebec and then across the Atlantic to the trenches of the Western Front. We watch and experience his interactions with his fellow platoon members, his battles with enemy forces, and the struggles he faces within himself. This collision of cultures and worlds culminates in 1917 on the bloodstained fields of Vimy Ridge.

RAES CALVERT
Raes is a Métis theatre artist from Vancouver. This is his first time at the festival. He is excited to show Redpatch, a piece that has been in development for the last three years. Raes is the Co-Artistic Director of Hardline Productions with long-time friend
and colleague Sean Harris Oliver.

SEAN H. OLIVER
Sean is a Vancouver-based actor, playwright and the Co-Artistic Director of Hardline Productions. As a writer, Sean’s first full length Bright Blue Future will receive its world premiere this February at Pacific Theatre. Sean is currently working on a new play The Fighting Season, which is will appear next season at the Vancouver Cultch.